The Most Expensive Tour Stages

The Most Expensive Tour Stages

Tours can be huge productions. There are many people behind the scenes working extremely hard to bring the shows to life. These immense stages don’t come cheap – they cost hundreds of thousands, even millions, of pounds to execute well. From music systems and lighting, to staging sets and curtains, there are hundreds of different elements that make a performance come to life.

Below are three of our favourite productions that have gone down in history as the most impressive shows of all time.

U2’s 360-degree tour earns the number one spot on our list. The show broke records as the most expensive stage set of all time, reported to have cost a staggering 31 million dollars.

A 200-ton arachnid formed the stage, named ‘the claw’. This gave all the fans packed into the amazing views of the performance regardless of where they were sat. The three-year tour was also the most technologically advanced at the time.

The claw was the brainchild of frontman Bono. He explains the inspiration behind the extravagant set: ‘‘I’ve always been obsessed with the things that separate you from the audience. I’ve been in small clubs seeing bands and I’ve felt a million miles away as there is no connection, no relationship, so it’s not always about the size of the venue.”
The screen was made up of half a million separate hexagonal LED pixels, and the construction meant it came to life as one big screen.

The stage was also required to support a further 250 tons of mechanical tech, including 250 speakers, the screen and lights. The tour equipment filled 120 trucks and a crew of 300 made each night come to life. The tour’s overheads were in the region of $750,000 a day. What a spectacular stage it was. 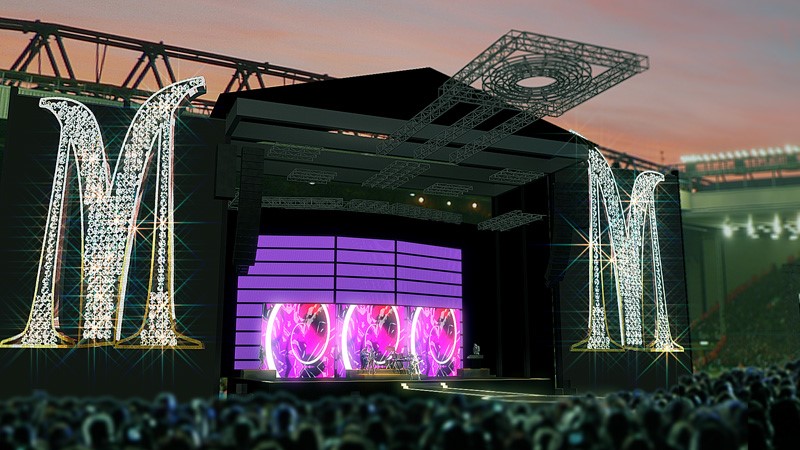 Another musical legend, another extremely impressive tour stage. Madonna is well- known for going big and her ‘Sticky and Sweet’ tour was no exception. It’s been reported to have cost $2 million to set up each performance.

It began in 2008, and at the time broke records for the highest grossing tour by a solo artist. The show was divided into four sections: pimp, old school, gypsy and rave, each had its own unique style – a challenge for the set designers.

It was reported the tour had a traveling crew of 250 to manage, construct and execute the set up. The stage had two huge textile panels that made the proscenium arch, supported by two giant ‘M’ structures.

The lighting beams were rigged from the ceiling and there were four different clusters of loudspeakers at the back.  The main stage was accompanied by a catwalk and a satellite stage at the end of the runway. Impressive interchangeable large screens ensured ticket holders could see all of the action in detail.

Our third and final production is that of the first lady of pop, Lady Gaga. Lady Gaga’s ‘Born this Way’ concern began in 2012, described as “electro-metal pop-opera; the tale of the beginning, the genesis of the kingdom of fame. How we were birthed and how we will die celebrating.” You know it’s going to be one hell of a show, with a spectacular stage to match.

We like this one because of Lady Gaga’s team’s creativity. The stage was modelled on a medieval gothic castle. The stage and set had many functions including 30 active windows and doors, two swing walls which open to reveal the 50-foot-tall castle behind, 620 feet of custom LED lights and two sets of automated castle gates that open and close. The stage was reported to have cost approximately $1 million to put together each performance.

There was an area called ‘monster pit’. A cornered off limited addition area section on the main floor. Tickets were randomly given to general admission ticket holders. Every night, Gaga’s team would choose fans from the monster pit to come backstage to meet the star herself.

The stage, atmosphere and design was unique to Gaga’s personality and is one of the reasons this tour went down in history. 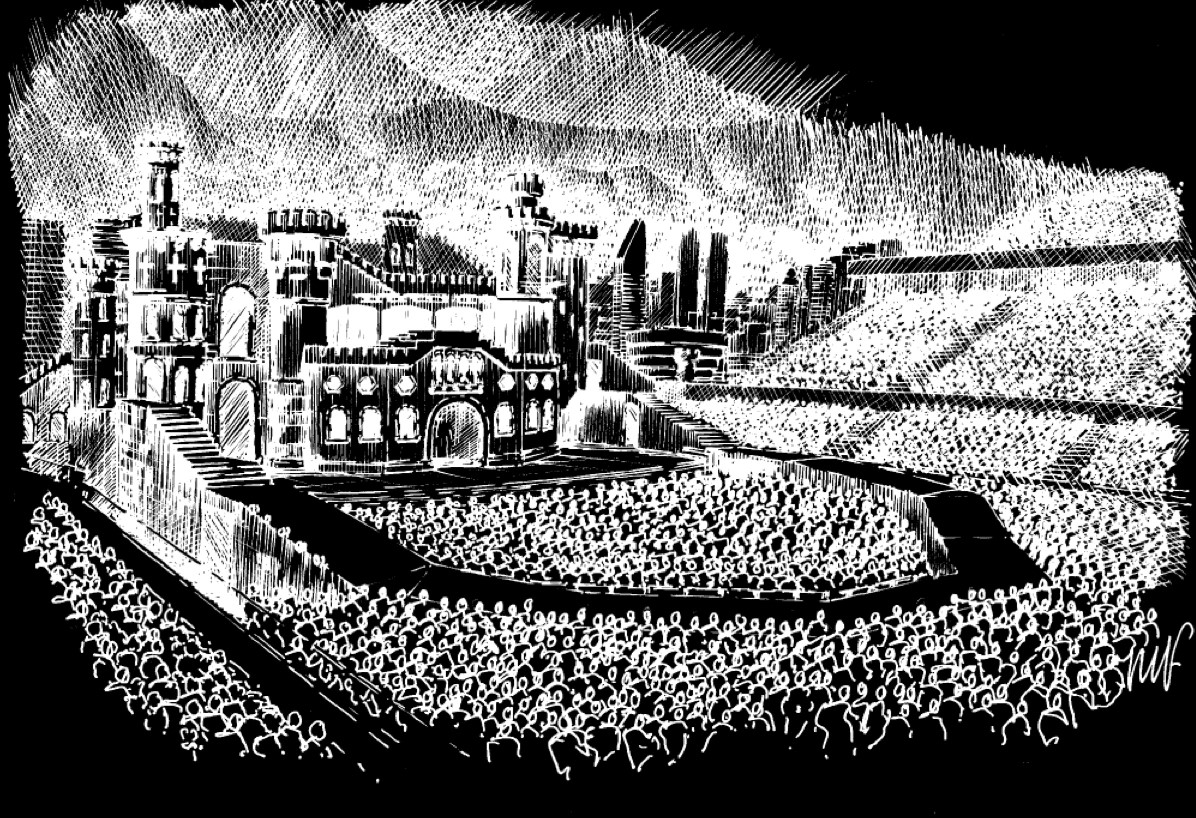